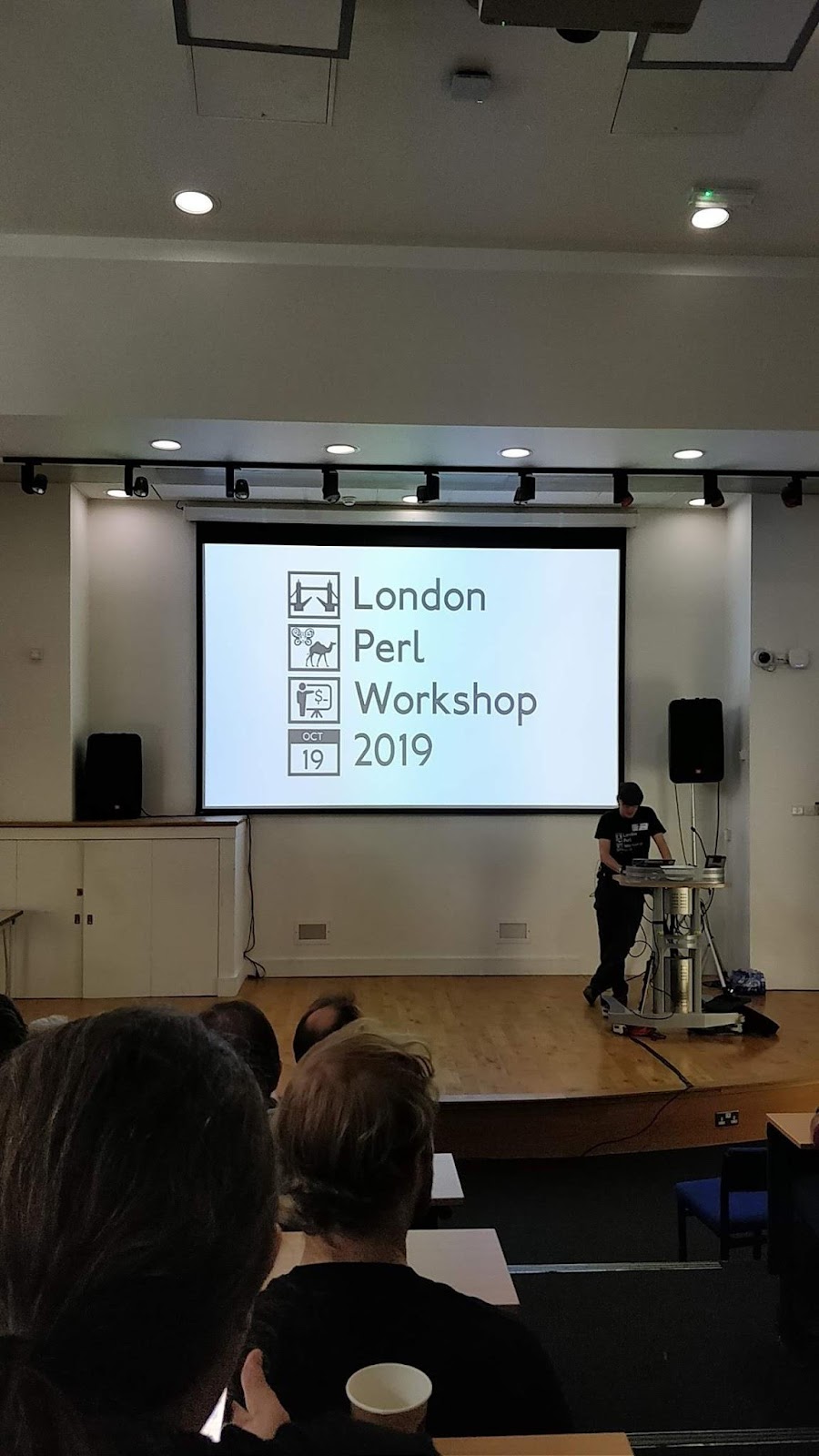 My LPW weekend, didn't start that great. I had a flight from Copenhagen to Gatwick at nine in the evening, but the flight was delayed by almost an hour. This could mean missing the last Gatwick Express train, which would mean I would arrive at the hotel past midnight. Not the best start of a short weekend trip to London.

Finally the pilot was allowed to take off, and he managed to catch up somewhat for the lost time. I had a seat on the second row, I had booked that to be able to get quickly off the plane and get to my train.

But the plane was not at a terminal, which meant we had to get on a bus, and then we had to wait for the rest of the passengers to leave the plane, before the bus would leave. I was checking my watch, as precious minutes went by. At last, the bus driver closed the doors and drove on. I could still catch the train.

We arrived at the North Terminal some twenty minutes before the last train would depart. North Terminal. I've been to Gatwick Airport in the past, and I realized that the train departs at the South Terminal!

The line in front of the many ticket vending machines was short. But, when I tried to pay for my ticket my credit card was rejected. I tried another credit card. Also rejected. Then someone shouted that the machines didn't work, and we had to buy tickets at the ticket booth.

The line for the ticket booths was not short. It would not be possible to catch the train now.

Then someone else called out. Telling us, that we could use a contactless credit card to pay directly at the gateline. I left the line and dashed for the gateline while getting my credit card out. It worked! I went through the gateline and a few minutes later I was aboard the train. Arrived at London Victoria Station. Went straight to my hotel and straight to bed.

Woke up on Saturday, fully rested. Showered. Got a simple breakfast at the hotel, and left for the workshop. I took the tube (District line) from London Victoria to Tower Hill, and the venue was just around the corner from that.

The new organiser team had chosen a new venue. The previous venue had worked quite well for several years, and the new one isn't much different, but I like the location much more.

I arrived at the venue, got my nametag, and went to get a cup of coffee and socialise. I go to the workshop mainly for two reasons: to listen to talks and to socialise with other attendees.

Then the Workshop officially started. After the opening remarks from Julien Fiegehenn in the main room, I went down to the other room, where Leon Brocard gave a talk on ‎Testing website performance with WebPageTest‎. I knew about WebPageTest, but I learned a lot about the details in the reports it can generate.

Next up was Colin Newell, talking about Error Handling‎ in Perl and comparing it to error handling in Go. I think this was a  great way of looking at it, as I firmly believe that knowing other programming languages can make you a better Perl programmer, and vice versa. I call it cross-pollination. It's effect can be seen in the way I write Java, where I use Regular Expression much more than most Java programmers. I also learned about Safe::Isa, a safe alternative to isa, can and does.

Around lunch I had to prepare my talk and write some slides, as I had a talk in the afternoon: Perl and Amazon Web Services. I got a lot of positive feedback, which was great. I'm planning on looking into the subject even more, and writing about it. So watch this space.

After my own talk, I watched Andrew Solomon talk about ‎APIs, SDKs and OpenAPI‎. It was sad to see that none of the big tech companies offered official Perl SDKs. But, they often provide an OpenAPI specification, and that can be parsed with Swagger::Schema. The result can be used to generate Perl code that implements an SDK.

Finally I watched Simon Proctor's ‎Multi Stage Docker for fun and profit‎ talk. It was short and sweet, and I learned something very useful. The gist of it was that you can have multiple FROM directives in your Dockerfile, but only the layer of the final FROM directive will be kept in the generated Docker image.

Before the lightning talks, the newly elected president of The Perl Foundation (TPF), Stuart Mackintosh, had a talk called just that: The Perl Foundation. He briefly explained what the TPF is followed by a Q&A session. I think this was an important talk and I'm glad it was put on the schedule.

We ended the day with the lightning talks. As always, it was a mixed bag. One talk in particular caught my eye: Lee Johnson's talk about Glue, a photo project, where photos are paired with small pieces of code. I've already sent along two Pull Requests with code snippet suggestions.

After the closing remarks, and before leaving for the pub, we had a few beers at the venue. This was a thoughtful concept, as it made it possible for attendees to socialise after the workshop, even if they were unable to go to the pub. Many of us did go to the pub afterwards. It was called the The Running Horse, and they had a nice selection of beers and delicious pub grub. I had a fantastic evening and left around midnight. 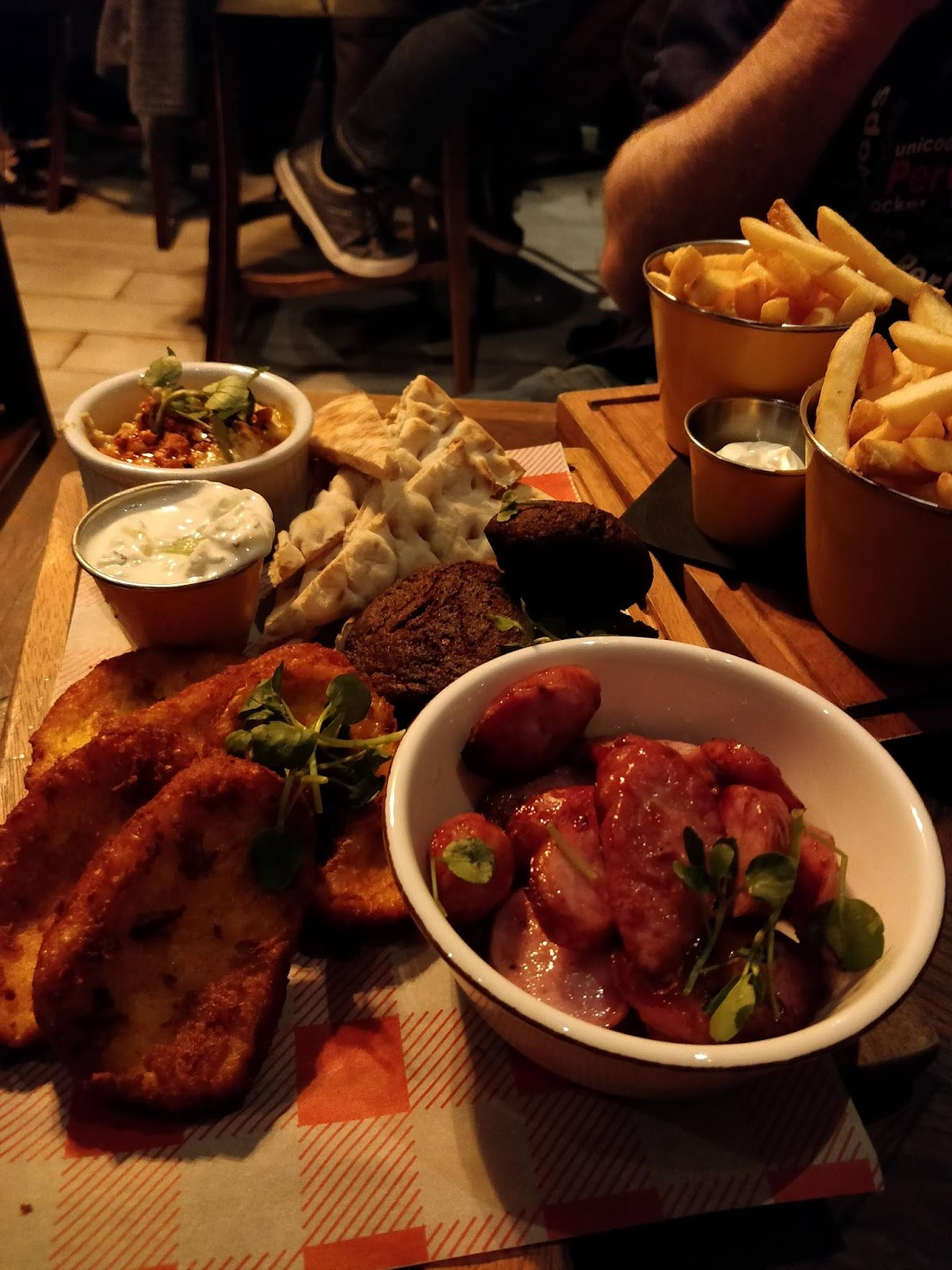 See You Next Year

The return trip home to Copenhagen was pleasantly uneventful, the flight time was even twenty minutes shorter than scheduled. I had already put Friday's stressful trip behind me. It was just a fun story now, and completely overshadowed by a fantastic workshop.

I will end this by thanking the organising team for a great workshop. I hope they can put together another workshop next year, and I hope I will be able to attend.