I've started revitalizing the Perl Power Tools. I love this project, also known as the Unix Reconstruction Project, but there's been a some bit rot and I think we can make it easier to find. Googling "PPT" means so many other things, including PowerPoint. I've always had a hard time finding it, and I know it's there! Many of the links to it are dead or buried, and when I talk about it (such as in my Stackoverflow post about paste or my lightning talk at the Swiss Perl Workshop). 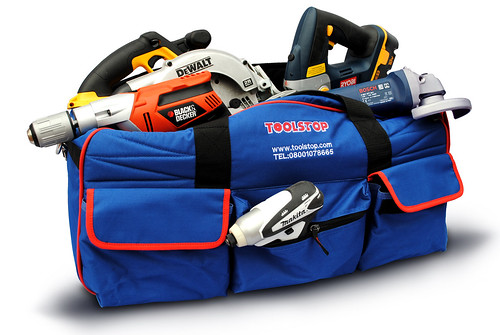 Some of these programs date back to the 1990s and I've discovered weird syntax things that Perl 5.22 won't support. Did you know that you could %hash->{$key} with a normal hash? Not after v5.20 you can't! Also gone is defined( @array ).

Dana Jacobson already fixed a bug in the factor program, which now has tests.

Some of the programs needed modules for CPAN, but the distribution declared no dependencies. Where we can, I'd like to see some of those dependencies reduced with something like App::FatPacker.

Some programs shell out to other things. We need to be a bit careful there to ensure the right things happen. I'll have to make a decision about a least version of Perl, perhaps one that includes the three argument open.

I'd like to make the docs across all programs consistent.

There is plenty to do. I don't care so much about changing style or reimplementing everything. I want it usable by normal people. It has to install with the least hassle and do what it actually advertises.

Would you be interested in a bare-bones, buggy, and old vi clone from 2000?

I can't promise that I'll be willing to fix all the bugs.

Sounds cool, I was having a look at the PPT a little while ago, and was a bit saddened that it seemed dead.

Good to see one of the greats picking it up. I ~could~ attempt it, but I am not that great at perl(yet)

I'm interesting in helping you with this task.
What's the best way to start with this ?

There's much to do that doesn't need great Perl skill. Most of the code is already written, so you don't have to create it. I would like to standard the code across all of the programs, and add consistent documentation to each program.

I'll started a list of opportunities in Github Issues. If you think that there are other things you could do, add an issue.

I'll started a list of opportunities in Github Issues. If you think that there are other things you could do, add an issue. If there's something you think you can do, work on that. If you have some ideas, add an issue.

Well, I'd prefer that we only include working programs, so until vip isn't hugely buggy and works as advertised we can put it in there. If it has major problems, perhaps we should wait.

I'd suggest moving it to Github anyway. It's easier to get help. Sourceforge is anti-collaboration. :(

This is very exciting to me! Yeeears ago, I was enamored with the idea of a Unix-y OS that booted into a Perl-based shell and that, beyond the kernel, used as few non-Perl moving pieces as would be practical. I imagined PPT being the foundation to build upon, but it was already seemingly abandoned and neglected even back then. Glad to see it's being picked back up!