We don't need no stinkin' hosting 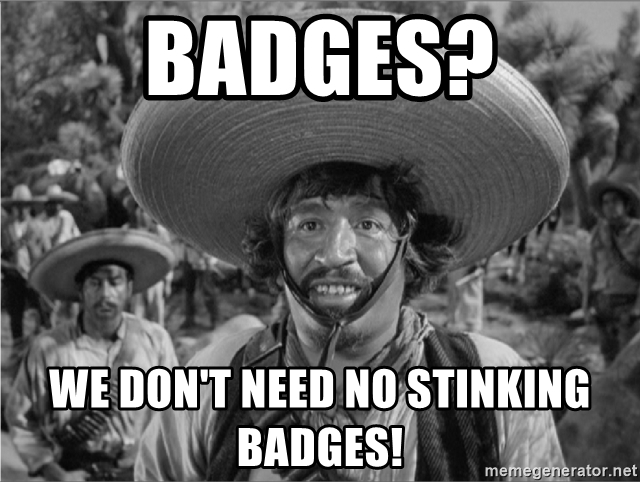 Andrew Shitov's TPF grant proposal to create an interactive Perl 6 tutorial was turned down and the chief concern seems to be the lack of a sponsor to host the content. They even ask for anyone interested in hosting to reach out to them. It's a minor concern, and with such a close vote, a disappointing one.

It's long past the time to stop thinking about hosting. It's archaic. It's not a proper way to deliver content any more. That's not what the cool kids are doing. The need for a third party sponsor went away long ago. Tying the possibility of success to a lightly interested corporate sponsor has never been that successful in the Perl community. We need to stop limiting efforts to those that want to participate in that way.

Heroku and the like can easily host things anything without the hassle of the care and feeding of sponsors and the delay of the admins in those organizations (a chronic impediment to quick results). It's amazingly cheap--charities tend to be penny wise but pound foolish. For an extra 10% in the grant money, they could buy hosting for ten years. Things that are worthwhile are worth spending a little bit of money on. You get more value and a better experience for the readers.

But you don't need the paid services or even the server. Containers of various types can act as servers. Start that server and there you go. Those are easy to distribute and easy to update (although a bit onerous to figure out for first timers). No remote servers necessary.

David Farrell hosted Perltricks.com to GitHub Pages (I was one of the editors) and everything was amazingly easy to do.

Consider A Tour of Go. It's hosted by Google, but there's also an offline version. It doesn't need hosting. Or, look at Ron Reiter's interactive-tutorials, which puts many language tutorials behind a Python Flask web application. You can access them online, but you can run them locally too. Heck you could probably add a Perl 6 entry next to all the other ones (and that's probably the best place for it).

This is an easy problem to solve (and in so many ways) and such a small barrier to what could be a potentially great boon to the Perl 6 community. I've even offered to Andrew that he could take a lot of the content from my Learning Perl 6 book; it already has many exercises with answers. Let's stop putting even the smallest of speed bumps in the way of progress.

How hosting content will be solved seems like a reasonable question for the grant application to address.

Seems like something that can easily be updated in the grant request ready for resubmission.