I was puttering about today with my tests and I discovered something funny on some implications of SQL and it is to do with that 'AS' when playing with 'alias'. Now I knew it was an optional 'key-word' according to the SQL standard what I did not know is a number of DBs will syntax error when an optional key-word is used. So this SQL

That makes the above one almost 100% universal that I can tell. I originally wanted that 'AS' in there to make the generated SQL much more readable but I have come to realize that '99.9995%' of the time the end user Database::Accessor will never care what the end SQL is just that it works.

I guess I better fix that now before I go on to much further. I could just drop alias from the system all together and just go with view names but alias come in handy when you are joining the same table twice in query like this one

The first thing it to change this test in 15_alias.t;


and then fix my Driver::DBI so the above will pass and all I think I have to do is take out one line in the '_elements_sql' sub

and while I am here I think I will rename that '_elements_sql' to '_fields_sql' to make it more SQL like, I am not going to add I what I did here as it really is just a book-keeping issue. After the change I still get a 100% pass so far so good.

One thing I did discover while reading though the SQL standard is that this SQL;

is fully valid though a few DBs that I have encounter (informix) will barf on it. I was thinking of making the code change for this in Database::Accessor but I decided against this as this is a purely SQL issue as I know in MongoDB this could never be an issue.

Next the changes to my code. I was thinking something just as simple as


but in some DBs that will preserve the case as entered which may lead to some problems with where the DB may be set up to always to return field name only in once case. So I am going to go with;

and only add in the double quotes when there is a space in the '$alias'.

After that change I still getting a full pass so a good days work. 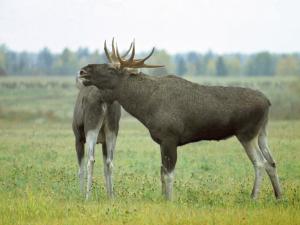 Hello byterock,
This may come up as a douchebag's comment to you.
Apologize in advance if so. Just ignore me in this case.
I don't think that people are able to digest this many of very frequent posts on the same subject.
You may want to space out your efforts if your intention for these posts to be actually read by anybody.
May be it makes sense to do a larger post once a couple of months ?