These are some answers to the Week 202 of the Perl Weekly Challenge organized by Mohammad S. Anwar.

Spoiler Alert: This weekly challenge deadline is due in a few days from now (on February 5, 2023 at 23:59). This blog post offers some solutions to this challenge. Please don’t read on if you intend to complete the challenge on your own.

You are given an array of integers.

Write a script to print 1 if there are THREE consecutive odds in the given array otherwise print 0.

END_OF_DOCUMENT_TOKEN_TO_BE_REPLACED

Egad I have been a lazy Sod

Yep been a while since I posted something, been playing about with my HAM gear too much these days, but I do have a little gem of wisdom to share so here it is.

I updated my Mojolicious for the first time in quite awhile and my personal web server died.

Well this on was 100% my fault as the error was

END_OF_DOCUMENT_TOKEN_TO_BE_REPLACED

The most requested feature of the Cellgraph is now in operation: Colors. 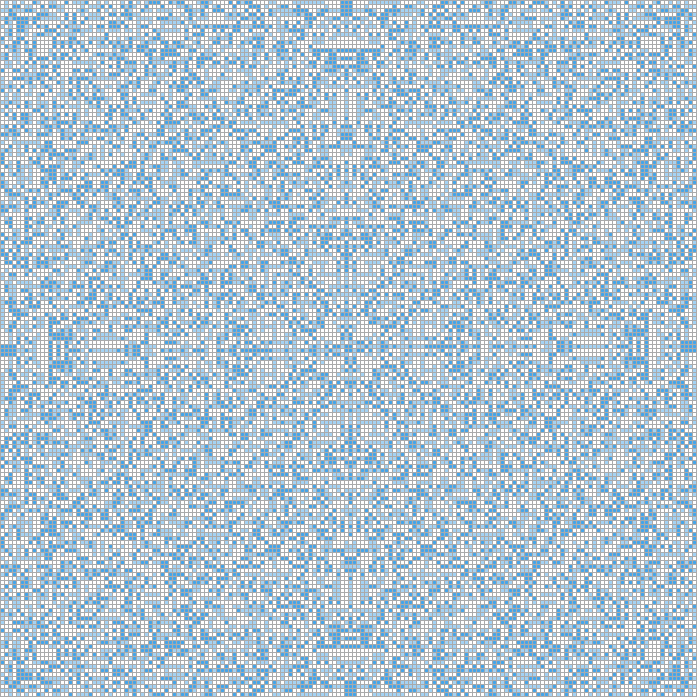 I added one panel with all the options and functions to control them. It is a little complex, but well documented (see here). In short you can load and save from and to the config file single colors and color sets under special names. And then you have direct access to the gradient and the complimentary function of Graphics::Toolkit::Color. Reverting to the default grayscale is always possible with an push on a button.

END_OF_DOCUMENT_TOKEN_TO_BE_REPLACED

New, powerful features have recently been added to PDF::Builder and PDF::Table, enabling faster and easier high-level generation of PDF documents. The versions are respectively 3.025 and 1.005, and are available on CPAN.

END_OF_DOCUMENT_TOKEN_TO_BE_REPLACED

These are some answers to the Week 201 of the Perl Weekly Challenge organized by Mohammad S. Anwar.

You are given an array of unique numbers.

Write a script to find out all missing numbers in the range 0..$n where $n is the array size.

END_OF_DOCUMENT_TOKEN_TO_BE_REPLACED

A busy meeting today, we talked about quite a few things:

END_OF_DOCUMENT_TOKEN_TO_BE_REPLACED

OK, I confess: PerlIO::via is not a module that I use every day. It allows you, easily, and with minimal code, to modify an I/O stream before it gets to the reader of the stream. or after the writer has written it. All you do is write (say) My::Module conforming to the parts of the PerlIO::via interface you need, and provide it to the second argument of open() or binmode() as ':via(My::Module)'. How cool is that? And how cool is a language that lets you do that with a minimum of fuss, bother, and code?

I encountered this when trying to modify (OK, hack) the behavior of a large and complex hunk of Perl not under my control. Rummaging around in this turned up the fact that all file input went through a single module/object, which had an open() method. I realized if I could insert my own PerlIO layer into the input stream, I would have control over what the victim host code saw.

END_OF_DOCUMENT_TOKEN_TO_BE_REPLACED

With my open source work, I've historically taken an approach which relies more on integration testing than unit testing, but with some of my newer projects, I've tried adopting principles from $paidwork and applying them to my free software.

This is a quick run-down of how I'm structuring my test suite in newer projects. It's likely that many of my existing projects will never adopt this structure, but some may.

END_OF_DOCUMENT_TOKEN_TO_BE_REPLACED

In the middle of a manuscript submission that requires sequencing data to be uploaded to NCBI's Gene Expression Omnibus.
This is a fairly standardized and (painful!) process that requires one to assemble their sequencing data (a collection of hundreds or thousands of files in the FASTQ format), put them in a single (very large) folder, compress them, generate md5 hashes and then upload them to GEO's FTP site.
There are a couple of tutorials available e.g. here and there that mostly cover the use case of one having assembled the files into a single fastq.
Our project used Oxford's Nanopore platform which store's its data as a series of fastq files, each holding a user defined number of sequences (in our case 2,000). Some of the experiments had generated an excess of 10M reads, so we are talking about a serious number of files to process:

END_OF_DOCUMENT_TOKEN_TO_BE_REPLACED

PSC met today, all three of us attended.

END_OF_DOCUMENT_TOKEN_TO_BE_REPLACED

We are happy to announce that Rother OSS again supports the German Perl/Raku-Workshop as a sponsor.

Since 2011, Rother OSS GmbH, based in southern Germany and with a team throughout Germany, has relied on the combination of an open source ticket system and business services from experts. Specifically: consulting, development and support for the free OTRS versions.

END_OF_DOCUMENT_TOKEN_TO_BE_REPLACED

Util::H2O and More, during Ordinary Times

During the 2022 Perl Advent, in particular the entry for December 06; Perl Advent fans were introduced to a little module called Util::H2O.

A lot has already been said about Util::H2O, and this author uses it a lot in client and production code because it helps produce very clean and maintainable HASH reference heavy code. So much so, that he created the Util::H2O::More module to encapsulate some common tasks and additional capabilities for working between pure Perl data structures and blessed objects that have real data accessors, in a natural and idiomatic way.

h2o is perfect for dealing with data structures that are made up of strictly HASH references, but it is often the case that useful data structures contain a mix of HASH and ARRAY references. For example, when using databases or web API calls returning JSON, it is often a list of records that is returned. This was the case of the example call that was in the December 06 Perl Advent 2022 article.

END_OF_DOCUMENT_TOKEN_TO_BE_REPLACED

My Family and Other Fish (PerlayStation Part 2)

Faced with any problem, there are many potential approaches. This, I have realised, is amply illustrated by the members of my own family, further reinforcing the educational value of having one. I shall anonymise them for my own protection, and as a disclaimer also state that everything I say about them or anything at all is probably wrong. In fact I have already issued my daily, pre-emptive, unspecified apology to my wife. For me, game coding in Perl is no different.

END_OF_DOCUMENT_TOKEN_TO_BE_REPLACED

Perl lets you use almost anything as a regular expression delimiter. It is usual to use punctuation of some sort, but characters that match /\w/ can be used provided there is white space between the operator and the delimiter: m X foo Xsmx compiles and matches 'foobar'. In the presence of use utf8; you can go wild.

A query on the Perl 5 Porters Mailing List (a.k.a. 'p5p') a few days ago asked for opinions about appropriating the colon (':') as a delimiter for modifiers to the regular expression operators. This got me wondering about what regular expression delimiters were actually in use.

I scratched that itch by plowing through my local Mini CPAN, running everything that looked like Perl through PPI, and checking anything that parsed to an object of one of the relevant classes. A summary of the results is appended.

END_OF_DOCUMENT_TOKEN_TO_BE_REPLACED

How to prevent an infinite loop

This loop (assuming you have an /etc/passwd and may read it) runs forever:

Note that you will have to live with some extraneous output:
Too many open files at t.pl line 2.

Btw, you can make it loop forever again this way:

END_OF_DOCUMENT_TOKEN_TO_BE_REPLACED

The Perl Toolchain Summit is back in 2023!

After a three years pandemic-induced hiatus, it is my pleasure to announce that the Perl Toolchain Summit is happening again!

This year, for the thirteenth edition, we will be gathering again in Lyon, from Wednesday April 27 to Sunday April 30 2023, in the hotel Campanile Lyon Centre Part-Dieu. Participants will stay at the hotel, and work in the meeting rooms dedicated for the event.

The first rounds of invitations have been sent. We plan on having about thirty participants. We are always looking for sponsors (ask for our sponsor prospectus!).

END_OF_DOCUMENT_TOKEN_TO_BE_REPLACED

In 2023, the German Perl/Raku Workshop will take place in Frankfurt am Main.
We are very happy to announce that long time Perl supporter Geizhals Preisvergleich sponsor the workshop.

END_OF_DOCUMENT_TOKEN_TO_BE_REPLACED

One of the goals TPRF would like to achieve, now that conferences are becoming increasingly available in person, is to spread awareness of current Perl and Raku projects.

In support of this goal, TPRF will be issuing a limited number of mini grants of up to $300 to participants interested in holding Perl/Raku based talks in FOSDEM 2023 dev rooms. TPRF has made an intentional decision to not apply for a dev room, but to encourage talks to be given in other, non-language specific dev rooms instead. This will allow Perl and Raku to be shared with new audiences.

In addition, TPRF will have a 2 day stand at FOSDEM and are in need of volunteers to staff it. Stand volunteers are also eligible to apply for a mini grant of up to USD$300 to assist with the cost of attending.

To apply for a FOSDEM mini grant, please send a completed application to fosdem2023-grants@perlfoundation.org.

If you have questions, please join our fosdem slack channel, leave a comment below, or send a message to hello@perlfoundation.org

END_OF_DOCUMENT_TOKEN_TO_BE_REPLACED

Around the first 'public' release of Perl 6 (The x-mas release) I wrote a module that uses the libgumbo from google to parse html5 webpages.

It was faster and more robust than the existing HTML::Parser module written in pure Perl 6. To be fair to the module, the full html5 norm is rather lenghtly to implement.

I was using this to parse my list of favorite fan fiction on fimfiction.net and try to make some stats around them. It was still not super fast, like 0.5+ sec to parse one page (I have like 20+ pages of favorites). So each run of the script was rather slow.

At the time Perl 6 was still in stabilization phase and performance improvements were not really important. But after a while, it started to creep its ways out into Moar and Rakudo. So I wanted to see the improvement over the Rakudo release for my Gumbo module.

END_OF_DOCUMENT_TOKEN_TO_BE_REPLACED

Creating a Simple DSL in Perl

The full specification has a lot more details, but for now, we'll just use those elements.

If we are building a Perl application that needs to allow less experienced users to write playlists in Perl, it might be useful to define a domain-specific dialect of Perl for writing playlists.