This list contains just a small number of talks that I personally thought are important/enjoyable for the most readers. This is by no means an official list curated by an organization. See the YouTube playlist for all awesome talks. I also encourage you to write your own blog about TPC. And yes, it’s officially called “Tipsy” now!

Where did my test fail?

Although I tried to select talks with videos, I had to make an exception for this one. I wasn’t able to locate neither videos mentioned in this section.

On Tuesday night, Damian Conway talked about his new modules: Dios lets you declare classes with Perl 6 syntax, which uses Keyword::Declare to declare a couple new keywords it needs. Data::Dx and Test::Expr also utilize “adding new keywords”. First one is a wrapper around Data::Dumper, and second one is a Test module that prints out source code when an error happens, which apparently was not a thing yet. Pretty awesome, right?

Luckily, Chad Granum (who is working on Test2) was in audience, and the very next day, he announced Test2::Plugin::SourceDiag on Lightning Talks, so this is a thing now! Thanks Damian & Chad!

Between the advertisements (“Start a Perl Mongers!”, “No no, start a Polyglot Group!”, “No, start both!”) we did have a couple talks on several languages. Here’s a bunch of them, but there are more at YouTube.

“If you think your one programming language is the best thing ever, you are doing life wrong.”

Hear the story of BumpySkies, an application which tells you when to expect turbulance on your flight. It works by looking at flight path and weather conditions.

Building a garage-door-controller running on Mojolicious, with Raspberry Pi. There’s live demo too!

This year’s lightning talk submission form had an extra item: You had to pick whether your LT is serious or fun. I’m going to show one on each end. 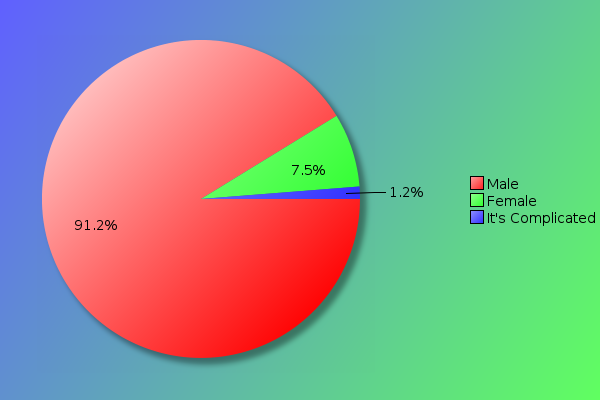 It doesn’t look good at all, and we have to do something about it. Let’s hear it from Deidre Foster.

We have to do something about it. We should encourage female coworkers/friends to attend and submit talks. We should update our job ads to be gender-neutral. We should hire more woman in tech. We should have more policies to make TPC better.

If you have attended the conference, survey submissions are due July 7th. Make sure to tell organizers/speakers what you think, make your voice heard. Help people improve what they love to do.

You should submit a talk too!

There’s a whole year until the next TPC::NA, but don’t be afraid to submit a talk - or multiple talks. Start thinking now. From now on, when you do something interesting, ask yourself if people would like to hear about that. (Spoiler alert: Yes they do!) Take notes, create a very brief outline of your ideas. Keep shaping it, then just submit it. Look for other conferences too!

For your polyglot section, there was also my lightning talk on monday about looking in to Dart: https://www.youtube.com/watch?v=cDMMF_b7Kbs

Thanks Randal! Just added Dart too.