Util::H2O and More, during Ordinary Times

During the 2022 Perl Advent, in particular the entry for December 06; Perl Advent fans were introduced to a little module called Util::H2O.

A lot has already been said about Util::H2O, and this author uses it a lot in client and production code because it helps produce very clean and maintainable HASH reference heavy code. So much so, that he created the Util::H2O::More module to encapsulate some common tasks and additional capabilities for working between pure Perl data structures and blessed objects that have real data accessors, in a natural and idiomatic way.

h2o is perfect for dealing with data structures that are made up of strictly HASH references, but it is often the case that useful data structures contain a mix of HASH and ARRAY references. For example, when using databases or web API calls returning JSON, it is often a list of records that is returned. This was the case of the example call that was in the December 06 Perl Advent 2022 article.

END_OF_DOCUMENT_TOKEN_TO_BE_REPLACED 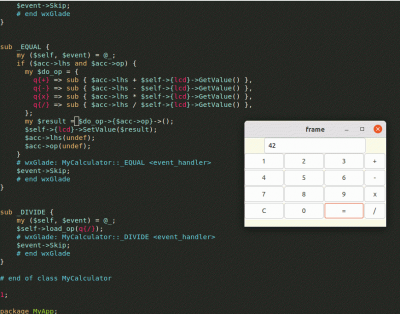 END_OF_DOCUMENT_TOKEN_TO_BE_REPLACED

open invitation to participate in Perl-OpenMP on Github

By Oodler 577 on October 31, 2021 1:44 AM
I've had https://github.com/Perl-OpenMP up for a while, but I only recently thought to post an open invitation for others interested in this exploration topic to join. #openmp on irc.perl.org exists, semi-related IRC channels inlcude: #native and #pdl. My confidence in the value of this line of work was bolstered recently when I shoved in an old finite element of 2dheat conduction into a Perl script using,
END_OF_DOCUMENT_TOKEN_TO_BE_REPLACED

By Oodler 577 on September 21, 2021 11:40 PM
Util::H2O is an incredibly powerful tool for managing HASH references in a more natural way.
This post is the first of several that will explore this awesome module. I've started using it quite a bit in both new code and in existing code. There are several imporant cases where it really shines. Here we explore the power it has to iteratively refine existing code. It's also fun and easy to introduce into existing code.