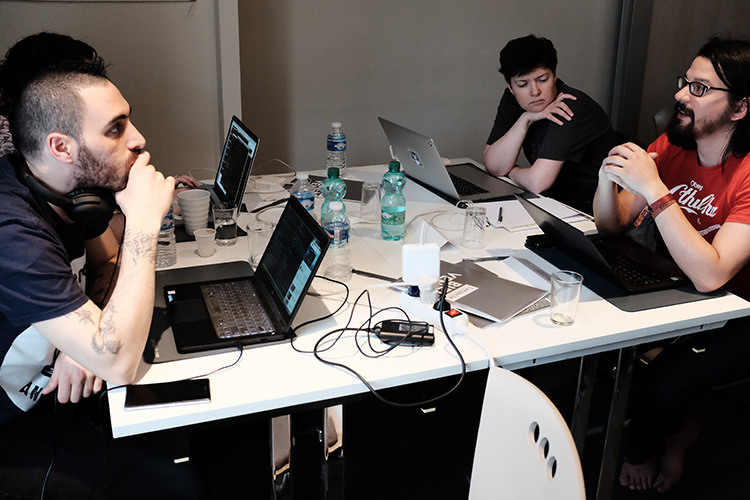 This past May was my second attendance at the Perl Toolchain Summit, and I hope I aptly justified my presence this time around.

I had a long list of topics to work on, but as usual, I gravitated towards a few focused ones and discussions I found valuable.

Since I wrote Ref::Util, there had been a need for a Pure-Perl version of it. It would allow developers to use the general interface without forcing XS on users. Since the original version was XS, introducing a compatibility for both PP and XS was not simple. Luckily, I've had partners in crime in this, mainly Aaron Crane (ARC) who did most of the work, Karen Etheridge (ETHER who handled all the Dist::Zilla) issues, and Graham Knop (HAARG) who helped us smooth over the XS to PP transition without breaking things.

Read more about what we accomplished.

While Aaron was focusing on Ref::Util, I continued working on the first release candidate (RC) of Perl v5.26.0. I made various mistakes (luckily caught by vigilant core members) but no one ended in the hospital, so I consider it a relative success. The presence of Chris Williams (BinGOs) helped me to no end in understanding how Module::CoreList works in the release cycle and smoothing my mistakes.

I spent the rest of the evening and the next days cleaning up after my mess and discussing issues that determined we will need another release candidate. Leon Timmermans (LEONT), H. Merijn Brand (HMBRAND, A.K.A., Tux), and Lee Johnson (LEEJO) were very helpful.

After seeing the high quality of Lee's pictures, I thought of opening an Instagram. Lee and I began PerlEvents, in which we will collect photos from various Perl Events. Lee has written about this as well.

I tried to participate in many conversations, and those included the concept of a distribution and how to determine the distribution name in PAUSE, dot-in-@INC issue - read this post by Todd Rinaldo (TODDR) on it, CPAN indexing, CPAN distribution quality, PAUSE ownership issues, how to run future summits, and the security disclosure policy. Throughout the summit, people branched off to additional finer discussions, and I had participated in several of those as well.

Last two days I tried to focus on another challenge and picked the release managers guide maker. This script is what we use to generate the checklist of actions to perform. We create this list from instructions available in the Porting directory of the Perl repository.

The generator script has been bugging me for a while because it includes steps that one must not perform, even though they appear. I had written an alternative one which I will merge soon enough. I prefer it since it allows providing the version number of Perl you're releasing, instead of the type of the release. This work also helped me discover the current checklist creator apparently skips several steps in the release.

On a personal note, considering the moderate amount of attendees, it is not surprising to find yourself continuously attempting to justify your attendance. For now, I am grateful for having the access this event gives me to the other attendees, who helped me with all of these topics. If you find any of the above items valuable (let's hope at least Perl 5.26 falls under that definition), then it was made possible by all the attendees other than myself, and they have my sincere appreciation and thankfulness.

The attendance of all of us and the existence of this event are only possible with the help of our sponsors. Thank you.

I added a couple more photos to the set, which may have caused the previous link to invalidate, or expire. Not sure, anyway that one should work.