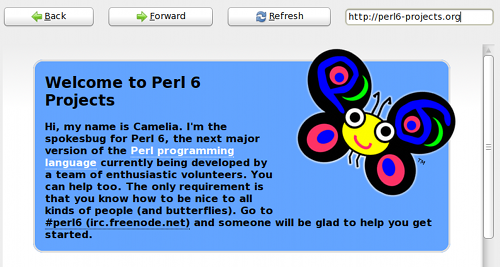 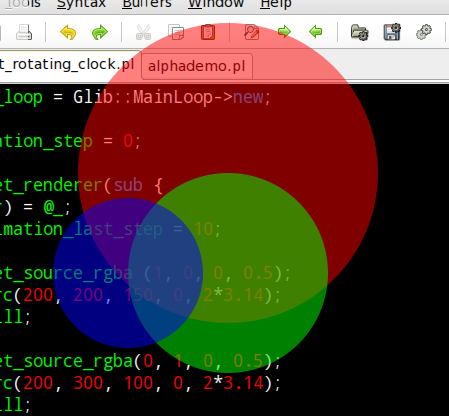 Pixelmator does not use ImageMagick, it's a GPU-powered editor which uses Quartz.

wxWidgets (and hence its Perl bindings) uses native widget set, whatever it is for the current platform, this is its whole point.

occupant: Well, at one time, it sure was, and I wouldn't be surprised if a good portion of it still is.

Bummer, my bindings for the Enlightenment Foundation Libraries didn't make it!

Speaking of Gtk2::WebKit, I'm dying for Wx::Perl::WebKit to become a reality so that we can drop WebKit into Padre and start competing with Adobe AIR.

Maybe they've changed it, but IM is still listed in the specs:

Doesn't matter, really - it would still be a not-so-bad idea to add a shiny GUI to IM.

Krita is using IM as well, btw. - but I think for image filetype support only.

Yes, because it's just a repost of something older to test the blog without just writing "hello, I'm a boring test" :)

I also forgot to mention the SDL-folks.

And there's a XCB binding now as well.