How should conference speakers be compensated?

Curtis Poe, one of the top presenters in the world of Perl (and testing and ...) recently posted How Do Conference Speakers Get Compensated? in LinkedIn. There had been a bit of a kerfuffle on the YAPC Europe Conference Organizers mailing list after some mail that would have been better handled in private email. 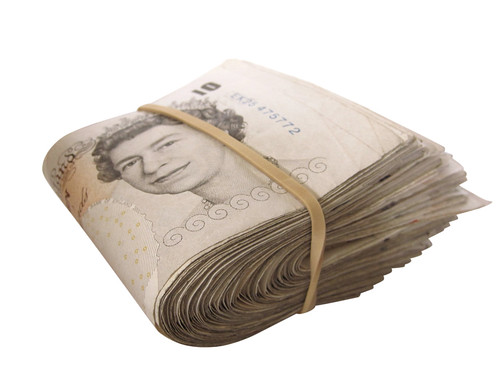 There's an undercurrent idea in the open source world that money is dirty and paying for services is bad. YAPC started as a reaction to the much higher priced (and much higher produced) The Perl Conference that only met on the west coast of the United States save for a couple of tries in Europe. At the first YAPC, Kevin Lenzo literally passed the hat at the end to make up for the shortfall. Mostly, YAPC still acts like that and waits for a big sponsor to fix it.

As Curtis mentions, he can't attend every Perl event, and there are so many of them now. That's a great thing, and some of us tried to keep up with the schedule. It was all volunteer and financially uncompensated, but the dirty secret is that it's all subsidized by corporate money, whether through direct sponsorship or by paying or reimbursing employees to attend. Barbie's YAPC Surveys tracks this. It's also curious that Barbie asks which speakers attendees wanted to see but weren't there. Damian Conway is at the top by an order of magnitude (I do decently for normal fold), but until we get the gravity train from Australia to the UK like in the awful remake of Total Recall, he's still going to have to spend a couple of days in a flying metal tube.

For YAPC::Chicago 2006 (the first one), I had anticipated this problem with money and started the YAPC Master Classes. I don't go to conferences without someone else covering my expenses (unless it's somewhere I really want to go). Even though I lived in Chicago at the time, I wanted to set up something that would pay Damian's and Randal Schwartz's travel costs. It all worked out, but I also learned that if Damian is teaching, everyone else gets the leftovers. Always give Damian the big room. People who run their own business are usually the ones who need the financial help attending.

That people got to see a little of how the world worked was a little unfortunate. Some people may object to payment due to their philosophy of these events, but most attendees don't share that view. They want to see Damian.

Curtis says that he has "never asked for a speaking fee for a Perl event" and even uses a bold font face to emphasize that. I, on the other hand, always at least inquire. Some places I can't travel to without someone covering the expenses. But, at the same time, I offered (and almost insist) on teaching a class to earn that money. It's a service I offer to almost any Perl event as long as I make back expenses and get a little extra to contribute to my everyday living. The YAPC Master Classes were often the same classes the experienced trainers listed for 10 times the price in every day commerce. Attending a class at a deep discount, or offering free seats to sponsors (especially local ones), usually makes it work out for everyone.

Still, YAPC has mostly worked to keep earned revenues down because it still acts like the grassroots conference it once was. I think it's actually fancier than the original The Perl Conference that it tried to replace. It's certainly the premier Perl event, whether in North America, Europe, or Asia. Getting used to that status over the grassroots background may help move things along.

The problem, however, is that crowdfunding raises money from the people paying attention. You get bizarre situations such as Perl's Gittip community that mostly pass around the same money between people. We need a way to reach out beyond the same people so someone gets real money to pay real bills.

Still, maybe I should try this sort of thing for The Swiss Perl Workshop.

I was about to write a long comment but maybe I should write a blog post instead.

I look forward to your opinion on the whole thing, especially since I know you had things to say about it on that mailing list.

But yes, I meant what I said. Maybe you have a different opinion.

I hope I was less than my usual jerk self with it: http://blogs.perl.org/users/sawyer_x/2014/08/are-conference-speakers-compensated.html

I don't think that you were a jerk at all, but I don't think you addressed the dirty secret that all the grass-roots volunteerism and open source-ism is paid for corporate money coming from closed sourced software (mostly).

I don't think it should be different, but it's apparent to many people that many events are more about lifestyle choices than technology. It's not a Perl problem; it's happening at many conferences. The lifestyle at open source events tend toward open source, although it's not a necessary part of using Perl.

Master classes are a great way to get a big name to your event. If you've got a speaker that can fill a room, then having that speaker at your event means a room full of people will also be going to your event as well.

Crowd funding is an interesting approach to decentralizing the event organizers job: rather than pay a certain ticket price (or sponsorship amount) and leave it to the organizers to figure out how to get speakers to their event, the community votes with their own money to decide who they want. The model seems to work well so far. But while decentralizing can be robust for certain things, it also abandons the economy of scale.

I'm worried about how much crowd funding conferences will scale when more and more speakers attempt to jump on board. What happens when the coolness of crowd funding wears off and you have 30 or 40 speakers asking for money to go to various YAPC's? What happens to events when we start to see more failed attempts at funding than successful ones?

You've inspired me to write my own post on how much YAPC's cost these days. The figures may be surprising to some people.

I think there are two kind of sponsored people.

The first category are the Damians of our community. These are people whose attendance at any conference provides an immediate and obvious benefit every time you'd invite them.

People like me and ribasushi are a different category. While I do think we both make a positive contribution to a conference, it's not anything near the value that someone like Damian would provide. Instead, I believe our crowdsourcing success is based on community goodwill. We do a lot of open source work that we aren't getting paid for. There are a lot more people who would be sponsored if they tried, but unlike Damian I don't think they/we could get sponsored time-after-time in that fashion, exactly because next year there will be someone else wanting to do the same.