After the Harmonograph (which got in the meantime greatly extended), I got another tool for you to create art with - the Cellgraph: 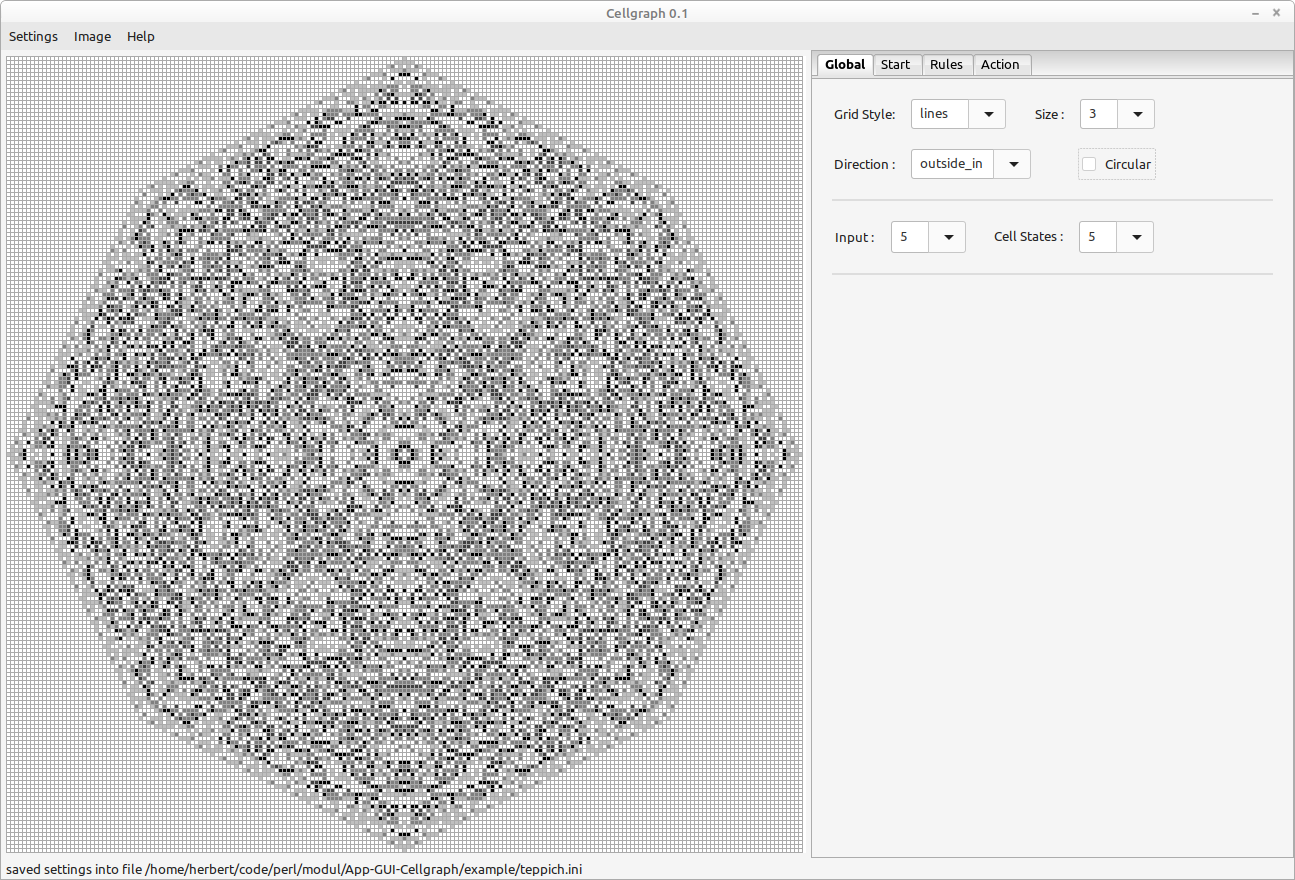 As always you can install it from CPAN and you will need WxPerl even if I should probably switch to Prima. The usage is a simplified version of the Harmonograph and well documented. O let me just present the basic idea: we have just a row of cellular automata - like described by Stephen Wolfram in "A new kind of science". These are simplest possible function, that take their state (integer between 0 and M [default 1]) and the states of their neighbouring cells (N) as input and produce a new state in the next round. The interaction of functionally independent cells can result in surprising complexity. And that is what fascinated Stephen and that is what we employ here to draw images.

To get maximal result you can set the number for states M and the size of the neighbourhood N at the global panel. (Even size do not include the cell itself). You can defined the starting values and if the cell build a ring (first and last are connected). Another option are the action rules, which are also described in the book. These determine if the is even allowed to change its value this round. This adds another layer complexity on top.

Of course if M and N are large enough, the amount of possible neighbourhood states (M**N) and thus subrules is too great to be set practically by the users hand. I cases it grows above 50 the Cellgraph only operates with sums of neighbourhood states as inputs, which then leads to an again manageable amount of partial rules ((M-1) * N + 1), which are then always symmetrical: This is also an idea from the book. What I added are additional drawing modes to get more artful results.

Default is the usual top down drawing method where each row is the result of the row above. Then we also have inside out and outside in, where only a quarter of the square in shape of a triangle is filled by automata and rest is mirrored (see in picture above).

There are still some features planned as selectable colors and more option with the action rules, which are probably 2 solid days of dev. Also the Harmonograph will get some very advanced features and some more toys in that range are planned. Feedback is very welcomed. 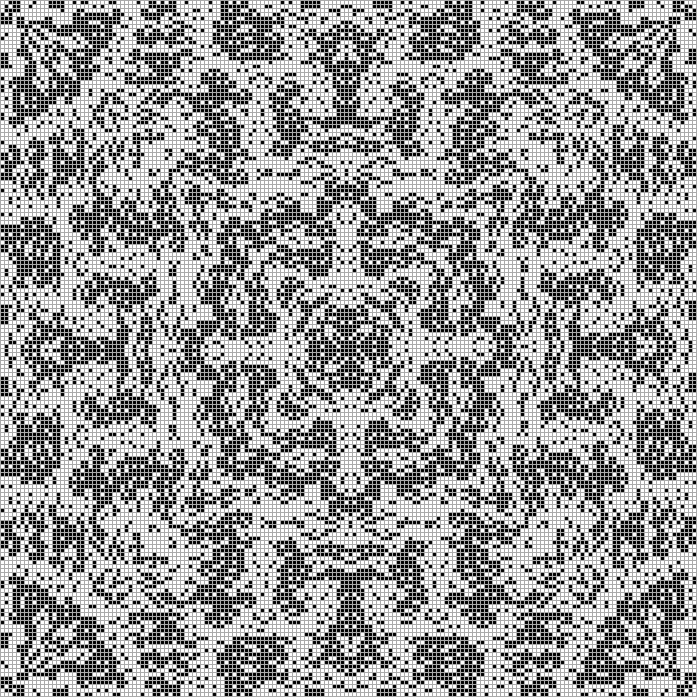 These are beautiful Herbert, well done! The more you look at these images, the more you imagine faces, people etc. Are you thinking of adding colour?

yes that what I meant by the last paragraph of this post. Changable Colors (using Graphics::Toolkit::Color ofc) and more complex mobility (action rules). And Pro Tip: if you draw greater PNG, more cells will be computed.